The second Christmas for me in Dublin. This time, I really felt like coming back at home, because I already knew what to expect. I was missing these Christmas lights in Grafton street and Henry Street, walking around in the big decorated shops and admiring the shop windows and of course buying the presents to all the children in the family. I would have wanted to do it the same way when my children were small, but it was a bit different then. Anyway, all this packing and walking around in the toy shops reminds me the time when I had to do the same things and pack my presents silently in my bedroom. 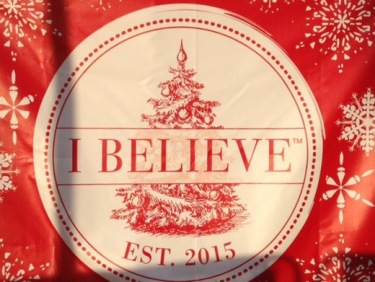 This year the big secret about Santa has been solved and I didn’t have to be so careful with what I said about neighbours and fathers playing Santa in Estonia. Last year the cookies were left under the tree and all the stockings had to be filled late after midnight when the children were in sleep. This year it was all done with a bit of humour, but anyway, the morning after the Christmas Eve was very early, because of all the presents that needed to be opened. When we reached the living room everyone had opened their presents already and we just gave ours in person. 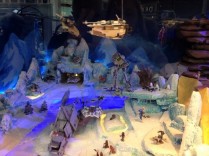 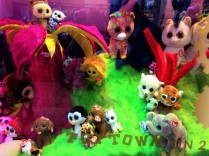 On the Christmas Day we went out to visit some relatives, just as the next year. It’s a big tradition here to go and say Merry Christmas and sit down for a while and have a drink. After that, we had a big Christmas Dinner and watched some movies together.

On the second Christmas Day, the whole family came together and we had the next dinner and a lot of fun. It’s still a bit difficult for me when they all start to talk at the same time, but I am not so shy any more, I think I have got used to it already.

The biggest difference with Estonia is that we start with our Big Christmas Dinner on the 24th of December and the Santa also comes after that and all the children have to sing or read a rhyme and after that, they will get their presents. And nobody opens the presents till the Santa has left. Even when the Santa doesn’t have time to come, but leaves the presents under the tree, someone from the family starts to share the presents and nobody will get any presents without performing something. So you have to be much more prepared in Estonia.

And I cannot leave out the Christmas Crackers, this is something which is also taken from old children’s books, at least it is so for me 🙂

What do they sing at a snowman’s birthday party? Freeze a jolly good fellow

Why do birds fly south in winter? Because it’s too far to walk